Crazy Claims that Drive a Ton of Traffic

Here’s one sure way to build up a great following fast: do something just a little crazy.

If you’ve ever watched a reality TV show such as Married at First Sight or Survivor, then you know what a draw it can be to attempt something just a little crazy. Millions of people tune in each and every week to see what new catastrophes would befall the cast of Survivor, or what new battle would break out on someone’s wedding day on Married at First Sight.

Now imagine if you could generate that kind of traffic to your blog or website, just by attempting something off the wall.

The fact is, this is a tried and true marketing plan that companies have been doing for more than a century and you can easily do something similar in your business.

When Kristen Joy of TheBookNinja.com needed a boost in traffic, she turned to the medium she knows best: Kindle publishing. Accepting a challenge from her business coach, she agreed to write and publish a new Kindle book each week for 20 weeks.

As the word spread about Kristen’s plan, her traffic grew (and grew, and grew). Why? Some people no doubt wanted to see her fail—after all, that’s really why we watched Survivor, isn’t it? But most people rightly thought that Kristen must have something important to say if she had committed to such a large project.

Nicole Dean pulled off a similar plan with her Blog World Tour. During the summer of 2009, she visited 15 blogs in 15 weeks, guest posting on the target blog for 5 straight days before moving on to the next. Did it work? Absolutely! Just like Kristen’s crazy book-writing spree, Nicole’s blog world tour gained her lots of traffic and thousands of new fans.

Stretch Yourself A Little

Now, you don’t have to write a book a week for 20 weeks, or even spend the summer guest blogging. But there are plenty of things you can do to build some buzz and drive some traffic to your site. The key is to find something that would make most people say “I could never do that.” And then do it.

Whatever “stunt” you decide to pull off, it must have two components to be successful:

A challenge of this sort must have one other component as well—your absolute conviction to finish. The last thing you want is to publicly declare your intention then quietly fade out mid-way to your goal.

If you’re looking for a fun, innovative way to drive a lot of traffic to your website, and to get more eyes on your content, consider setting a big, outrageous goal for yourself. You’ll be surprised how many people turn up to watch and cheer you on, and you’ll have fun along the way. Not only that, but at the end, you’ll have lots of content you can repurpose again and again, and you will have learned a thing or two about your audience and yourself, too. 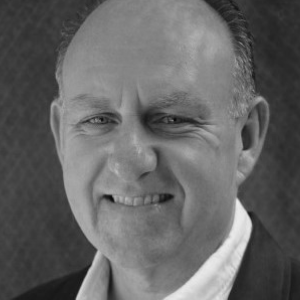 James Maduk is the founder of WPGrow .com Visit: WPGrow.com for Courses, technical support & marketing services for Membership and Training Sites. Grow your e-Learning business with WordPress and the LearnDash LMS Plugin 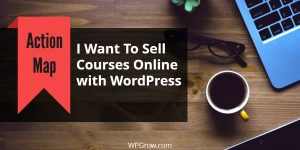 Selling Courses Online? It has never been easier to build an education business selling your 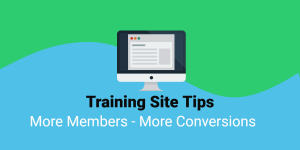 Why You Should Forget About “Cart Abandonment” Automation

… and focus on the Marketing your Elearning courses in reverse. Selling courses online isn’t How To Leverage Your Past Webinar Videos

More Than Courses Our site is a learning campus.  It has more that just courses,

We provide everything you need to grow a WordPress powered education business when you’re pressed for time, hate technology and have no idea how to create a course!